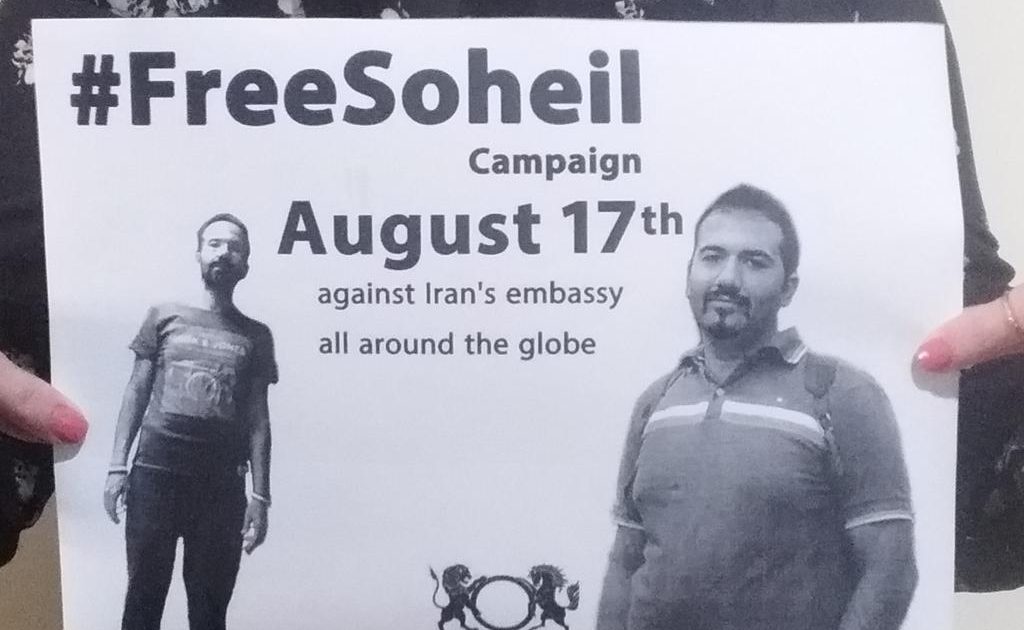 Anarchist political prisoner Soheil Arabi, who is detained in Fashafoyeh (the Greater Tehran Prison), was sent to Firoozabadi Hospital after being injured from beatings by prison guards.

Soheil Arabi was arrested by the Islamic Revolutionary Guard Corps (IRGC) agents at his home in Tehran on November 2013 and charged with insulting the Prophet Mohammad in his postings on social media about Atena Daemi: a human rights activist and a political prisoner in Iran. In August 2014, Arabi was sentenced to death.

Soheil had experienced prison torture in the past. Most recently, he was summoned, interrogated and severely beaten for his connection with the letter he wrote from the Greater Tehran Prison about the condition of the prisoners in Fashafoyeh “Greater Tehran” Prison. In result, he has suffered an injury to his testicular area. Following the hospital visit, he was returned to prison without treatment. He was also denied access to a telephone and visitors.

In November 2018, Soheil Arabi sent a  message from prison on the International Day for the Elimination of Violence against Women:

The discrimination that systems have taught us where women are men’s property and tools to serve them. This was the thought that had me ashamed of silence.

Silence against violence is a betrayal. Rise up and shout: Shout, “my mother does not deserve violence, my sister and I do not deserve misogyny”.

Stand up and tear down the barriers, you warrior! I bow down to all those who stood up against gender discrimination and violence, particularly violence against women and paid the price of cold, damp prison cells, at the foot of the gallows and under the lash of whips.

I bow down to the mothers who raised freedom fighters; those who saw violence and stood against it.

The word “violence” needs to be erased and efforts to eliminate it require a humane society. Now is the time to stand up against the clenched fists raised at women and liberators. So I stand up too with mighty women liberators shouting to eliminate violence against women, and not to be silent against violence.

Rise up so that our children may learn humanity deserves the best.

Ps. Remember 17 Aug 2019 is the day that we will be protesting all over the world in front of embassies of Iran for freedom of speech focused on freedom of Soheil Arabi. 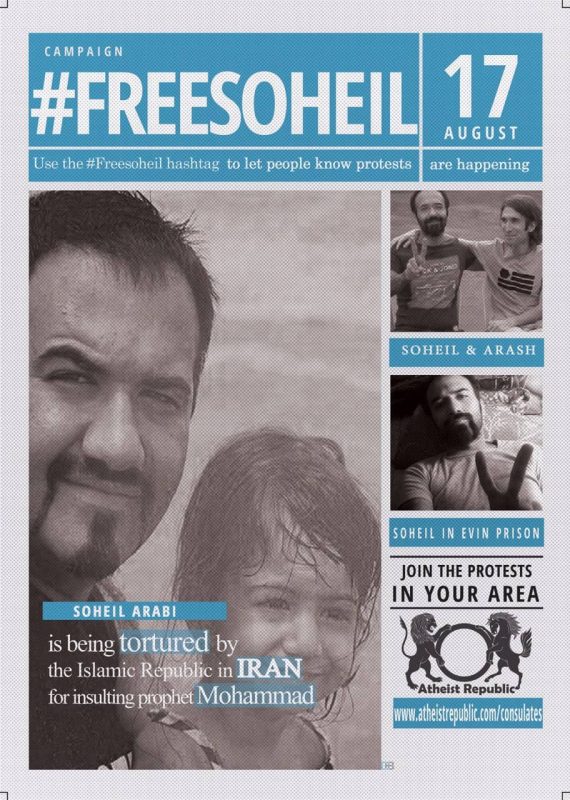